A cataract is a disease of the crystalline, the “natural” lens inside the eye which enables it to focus on objects that are near or far. When it gradually becomes cloudy and opaque, doctors say a “cataract” has formed. Usually, this condition is related to normal aging. Other causes exist, but are much rarer. For example, cataracts may be hereditary, or they may form after an injury to the eye.

Cataract symptoms generally develop over a period of several years. Little by little, the lens of the eye becomes opaque and vision decreases.
The person may experience the following symptoms:

blurry or cloudy eyesight (the most common symptoms of age-related cataracts).

being dazzled in sunlight or blinded by glare (photophobia).

small spots in the field of vision (where the eyesight is blurred).

difficulty making out contours and colours.

difficulty reading, watching television, or working with a computer.

If the person with cataracts already wears glasses, the correction may seem less effective. 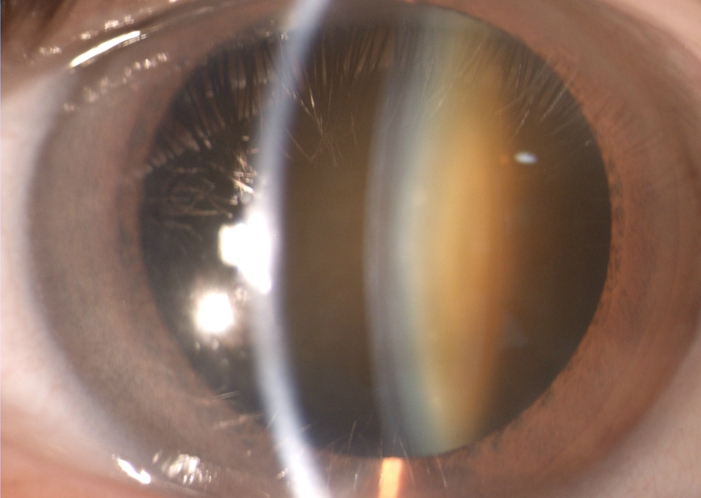 The only way to treat the cataract is with surgery based on a technique called phacoemulsification.
The procedure is carried out under local anaesthesia. The eye is numbed, either with topical anaesthetic eye drops or with an injection into the orbit behind the eyeball (peri-bulbar anaesthesia).

A small, two-millimetre incision is made into the cornea. The diseased crystalline is then emulsified with an ultrasonic instrument and aspirated. When this process is complete, an artificial lens (called an intraocular implant), the power of which has been calculated beforehand, is inserted.
The procedure takes between ten and twenty minutes. 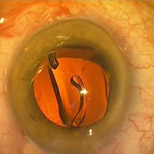 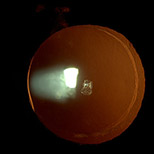